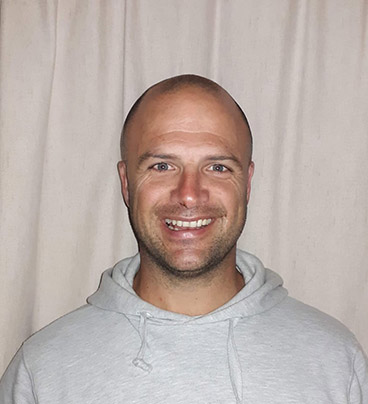 Jono was born and educated in East London. He played rugby professionally for 5 years for the Border Bulldogs. During this time he started an NPO called Champions Development Trust that used sport as a vehicle for change. This venture has now developed into the TFL Academy which assists in rolling out rugby clinics in the greater Mdantsane and Buffalo City area, while its long-term vision is to start a rugby academy to nurture the incredible talent in the area. Jono has also served in ministry for a period of 10 years while still engaging in this community development. He has an honours in Theology and a Post Graduate Degree in Education. He is currently a teacher at Selborne College, East London, where he founded Tries for Lives in 2017. Jono is married to his beautiful wife, Sarah, and has four special children.